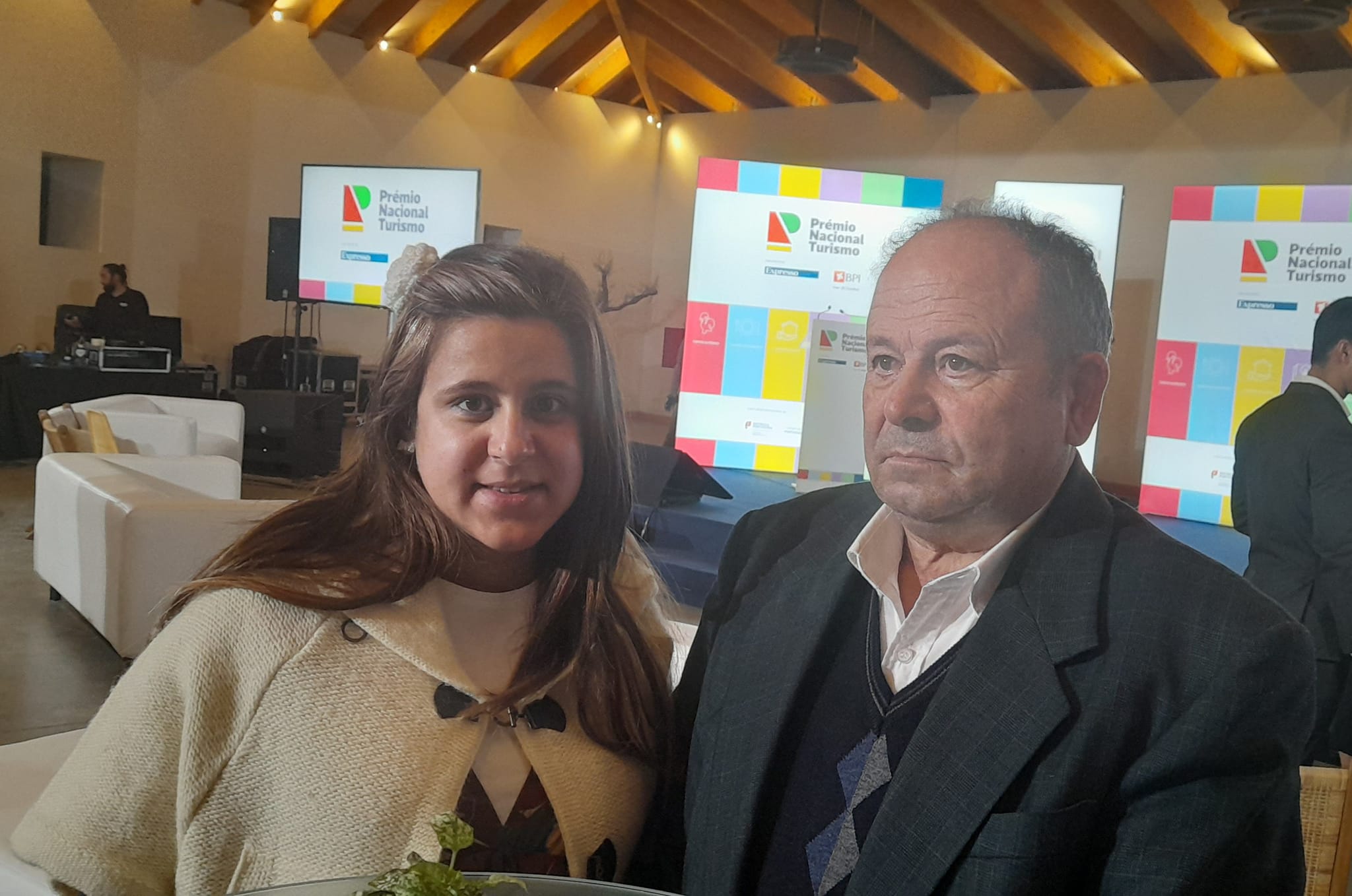 The project was born from the passion of a producer and private collector regarding everything that concerns olive mills and the history of Olive Oil. It opened to remind all of  us of the importance of this precious, vegetable oil in health, in the economy and even in the history of humanity.

It was on March 16TH, 2019 that, in the town of Bobadela, near the city of Oliveira do Hospital, emerges a museum of strange shapes, some unnoticeable, dedicated to olive oil.  It is necessary to climb to a high place to realize that the building, instead of strange, represented an olive tree branch, and that inside was going to be told the whole history of this precious liquid, whose production is lost in the far reaches of history, with reports of its use, before Roman times.

The Museum was inaugurated with great pomp and circumstance by the President of the Republic, Marcelo Rebelo de Sousa, who praised the dedication of António Dias, an olive oil producer from the region with a healthy habit of collecting everything related to olive oil, mills and the production of this liquid, much more than a seasoning or culinary ingredient.

The Olive Oil Museum is more than a museum. It is a space where the history of olive oil production is told, from harvesting to milling, through pressing and decanting, from Roman times to the present day. It has been designed so that, as you walk through the building, you can also go back in time and get to know the history of olive oil in depth. To do this, touch screens, videos and various interactive areas are used. Along the way, you will find replicas of mills from different historical periods and a curious and unique oil clock from António Dias’ personal collection, which took years to make and will never be finished.

For a complete experience, the Olea restaurant was created. A name of the most common olive tree species in Portugal, where you can taste precious liquid in various ways, from starters to dessert. At the exit, there is a shop where you can buy the olive oil produced in its own mill and also derivative products, like a surprising olive leaf liqueur. An inclusive project, it provides sign language interpreters for hearing-impaired customers throughout the tour and also organises talks on olive oil, virtual visits and live demonstrations of olive oil production. The regular programming of the museum, which you can follow HERE, includes personalized activities, according to the age group of the visitor, such as the “Science corner” for children, organization of “pedipapers” for teenagers and “Tasting” for adults.

The Museu do Azeite also has the particularity of being sustainable, using, for example, olive stones for air conditioning and the reuse of olive oil unfit for consumption in the recreational and educational activities. It was one of the five finalists of the PNT – National Tourism Award, in the Inclusive Tourism category. The PNT is promoted by Expresso and BPI – and counts with the sponsorship of the Ministry of Economy and Digital Transition, the institutional support of Turismo de Portugal, and the technical support of Deloitte as knowledge partner -, distinguishes the best companies, practices and tourism projects in Portugal.